Not Andrae Crouch, the gospel giant who got sampled tough for Strange Revival.

Not Andre Benjamin aka Dre3K of OutKast, who raps better than S. Carter and coined the phrase Everyday the 14th on The Love Below. 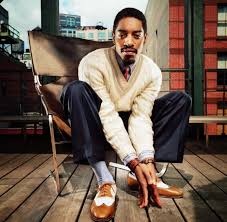 Andrae Van Buren aka Nookie Coltrane showed up in the Casual City in 1999, and immediately hopped on stage. He’s played the most with D-Madness and Mojoe. I know him well, so I asked him a few questions after the album dropped.

So here’s an mp3 of a hip hoppish joint off the album, followed by our Q-and-A from the other day (dap)

B: We used to talk about you doing a mixtape or album years ago. What made you decide to finally do an album?
A: It wasn’t planned by any means. I guess you could say GOD made that decision for me to do the album. There may still be a mixtape at some point, but who knows, we’ll see… The opportunity presented itself, so I ran with it and didn’t look back.

B: Who’d you work with on this?
A: George Pettus aka GP was the producer for the album. Also I had a track with Jon Keyzz, a track with Christopher (Shorti C) Edwards [mp3 above], and producer Patrick Thrasybule.

B: Who didn’t you work with, that you should have?
A: Pete Rock, Kev Brown, 9th Wonder, Oddisee, Little Brother, D-Madness, Dr. Dre, Vooski, DJ Jazzy Jeff, S1, Quincy Jones. Man, I could go on, way too many to list [fah-dum-toom-PSH!]. I WISH I HAD THE CHANCE TO WORK WITH DILLA.

B: What styles did you not cover on this disc that you tend to incorporate at a live show?
A: Reggae and definitely go-go. You’ll definitely catch me throwing that in.

Bonus Question: Who is, hands down, one of the dopest musicians in America, that stays at your crib when he’s in Austin?
A: That would be Casey Benjamin, one of my best homies. He just happens to be one of the baddest all-around musicians that I’ve ever had the pleasure of knowing.