I was never just a rap guy. In this stage of my life, I listen to quite a bit of instrumental Hip Hop [google “Odd Summer EP 2009”]. But I’m pretty sure Eric Morgan, who handled the post-production and editing on the Wifey video, would rather I not go into detail about that. So here’s the backstory.

END_OF_DOCUMENT_TOKEN_TO_BE_REPLACED

featuring B.L.A.X.Smith on the hook and second verse… BETTER 2 BE is Track 4 on the upcoming SANCT EP

A seed originally planted in 2009 grew into this hook delivered by B.L.A.X.Smith. I’m pretty sure my wife was out of town when Sade dropped her first single in a decade or so, Soldier of Love.

When Soldier of Love dropped, I immediately started dreaming of lyrics and rushing to where I knew someone could record them. I wanted to remix that song Wes Sanders style by morning. [ And Tif had to have been out of town, because in my verse I blatantly mentioned the life-changing late night West Texas blizzard we’d recently driven through in a Celica. ]

When I got to the Treehouse, aka Burro Magic’s crib, he and Smith didn’t look at me crazy. They were up, and they asked if they could record on it too. I said yes. But I finished mine that night, and had a good enough version to show for it by morning. Burro went to town on the arrangement. On short notice, no less (dap).

I didn’t do much with it besides put it on a podcast I did at Matt’s house shortly after that, and randomly email it to FWMJ and V-Zilla. Because.

Smith never let go of that one line from the Soldier of Love Fleaux — that one bar, those four counts, 11 words “and if you know you’re blessed / then what’s better to be”.

So eventually I sent him a beat and challenged him to make a hook out of it. This challenge came about a year after that late night session, by the time I was settling into Long Beach life, running 10K’s for breakfast and putting together what would become the 2012 SANCT EP produced entirely by Reggie Coby. Which, by the way, is coming out in ohhh… 10 weeks! END_OF_DOCUMENT_TOKEN_TO_BE_REPLACED

A Poem For Reggie
by Charles L. Peters

His voice, a cello

a symphony conducted by love

of God, of family

Monday night I spoke with Reggie Coby for the first time since Saturday morning, and still don’t know exactly what to say to him.

Tuesday came the outpour. The local paper ran a story. Gabo made a nice tribute video. JD from Die Slo and Lil J from COD/LOEGz dropped a tribute song. Etcetera!

Thursday is the visitation in Pflugerville. Friday is the celebration of Octavis Berry’s LIfe in Austin. I’m certain there will be overflowing amounts of loyal love and support, because what goes around comes around.

END_OF_DOCUMENT_TOKEN_TO_BE_REPLACED

When time permits, observe the on-stage energy of Esbe the 6th Street Bully at the 1:06 mark in the above video. Witness why Octavis Berry was loved by his local community beginning at the 1:31 mark, and again at the 4:03 mark. Also, keep in mind the above video was shot the week before Tay’s death. I did my best to properly eulogize him at the 4:20 mark as well.

Thanks to DVZN Media for a great memorial video. And there’s more below…

END_OF_DOCUMENT_TOKEN_TO_BE_REPLACED

[Alot of folks call Octavis Berry “Tavis” (pronounced TAY-viss), but I always called him Tay because that’s what he called himself when he called me.]

To put it lightly, Tay had a boisterous and outgoing personality. He was exactly the type of in-your-face hip hop cat who would call himself “Esbe Da 6th Street Bully”. He was a family and community oriented man of the people who’d dealt with his share of losses.

Both of Tay’s brothers had already passed away, beginning with the oldest, Kenny, who was murdered in 1994. Kenny’s son, Lil’ Kenny, passed 10 years later at age 13 after returning to a burning car trying to save his little brother.

Tay’s other brother, LaDarrick, was known as his biggest supporter. “Everywhere he went he made sure people knew about his little brother,” said Tay’s sister-in-law Juanna. “LaDarrick was very proud of Tavis’ dream.” LaDarrick was killed in a home invasion in Illinois in late 2010.

“Tavis has been like a father to my boys [LaDarrian, Simeon] since LaDarrick and I divorced,” she said. “He had been a driving force in LaDarrian’s life, encouraging him to work on his own music and dream and Tavis was an awesome daddy to his kids.” 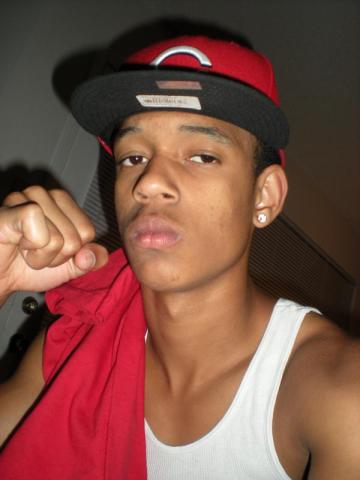 Tay was the charismatic, free-spirited kind of guy that most people liked, and would do anything for. He had a hardcore, witty intellectual personality like a young Paul Mooney. Tay had the energy and candor of a Killer Mike or dead prez, both of whom he has recorded with in the past year or two as a member of Dred Skott.
END_OF_DOCUMENT_TOKEN_TO_BE_REPLACED